It was a great joy to see  Gregg Turkington's character Neil Hamburger immortalized in Rick Alverson's new film Entertainment at its premiere at the Sundance NextFest. The screening took place in the gorgeously restored Ace Theatre building in Downtown Los Angeles.


There was a cool opening short about a band called 'Health' that was directed with handwriting by Pablo Ferro an 80 year old legend who has worked on films such as Doctor Strangelove and the Talking Heads Stop Making Sense. Pablo gave a fun speech about how he made his short film.

Entertainment is a dark, tragicomedy about a performer named Neil Hamburger. In the 1990s a group of zany friends and I recorded Neil Hamburger's first incarnation on a tape recorder in the lower Haight of San Francisco. Little did any of us know that Neil Hamburger would one day have his own HOLLYWOOD MOVIE PREMIERE!!!

Anyhow, in the film Neil Hambuger performs stand-up comedy in shabby bars along the I-5 freeway in the southwest. Some of my favorite scenes were conversations between Neil and his 'manager' cousin played by John C. Reilly who tries to give Neil advice on how to improve his act and career.

Comedian Tim Heidecker who co-hosts a show with Gregg called 'On Cinema' was there as well along with director Rick Alverson and other creative folks.

My boyfriend Dave Davies and I enjoyed the event and really liked 'Entertainment'. We got photographed on the 'red carpet' too. Here are some pics. 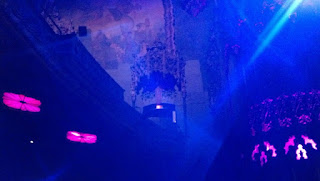 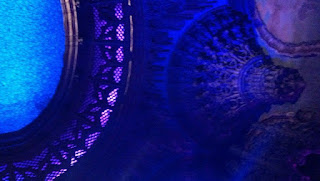 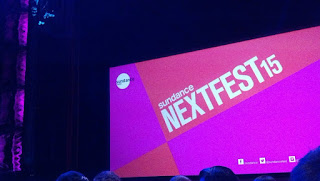